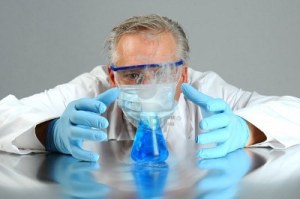 Personal experience has taught me time and again that chemistry is not necessarily a good thing when it comes to choosing a romantic partner. When I feel that inexplicable pull to be with someone I otherwise wouldn’t imagine dating in a post-nuclear world, that’s a pretty good sign bad chemistry is at work.

Mack and I had been communicating on-line for months. He’d been following me (and multiple other women) around on a fitness website. Eventually we began sending private messages, and a few months later we made plans to meet in person. Well, actually, he made plans for us to meet, and I complied. And so it began. I was eager to meet him. I’d actually fallen for him simply trading emails. The man he created through those emails was very enticing. He fancied himself a musician, and a writer. Most of it turned out to be but a figment of his imagination, but the personal mystique he created with the words he wrote to me had done its job–he’d drawn me in.

Mack had me meet him at a shitty dive bar on the seedier side of town. I could do dive bars, or so I told myself. When I walked in, he jumped up from the booth where he’d been sitting, watching the door and drinking a beer. (One of many, no doubt.) As he came toward me like an eager puppy, my heart fell. Physically he was not my type at all. He was wearing 80s-style jeans and a gray “wife-beater.” (A  foreshadowing, of sorts.) Although his appearance was course and unrefined, my misgivings were overshadowed by his physicality, his sexuality, his confidence. I speculated that there had to be a reason for his confidence. There had to be a reason he thought he fit with a successful, professional, urbane woman. (Later I would discover there wasn’t one, other than an absurd sense of entitlement that is common to many abusers.) I had to figure out why I was drawn to this guy. Why I felt such chemistry with a man I would never have seen myself with. I told myself that I should give a different sort of man a chance. I talked myself into it, against my better judgment. (I ignored my gut. Always a bad idea.)

Being with Mack felt familiar from the start. It was all so easy. I felt comfortable with him, as if I had always known him. I felt he knew me. All of me. Even the parts of me I imagined were damaged. The connection was on a much deeper level than it should have been at this early stage (another clue that something was wrong). Mack said being with me was like coming home. I said, I felt it, too.

Coming home. Home for me was not a safe place. Home for me was an abusive alcoholic father and a manipulative mother who adored playing the martyr. Home was painful. Home left me bruised and battered, emotionally and physically. Yet being with Mack felt like coming home; a place I’d avoided since early adulthood. Mack once expressed pride in the fact that he blended so well with my family. As if that were a selling point. Later I would ponder this comment, and begin to see why I was drawn to and repulsed by Mack, seemingly simultaneously.

When things were at their worst with Mack, after many months of manipulation and emotional abuse, I told myself this is the kind of relationship I was doomed to have. Because I was damaged in my childhood, this is the only kind of man I could pair with. I told myself we both were fucked up in the same ways, and so we fit. And this was my life. It was either this, or being alone. 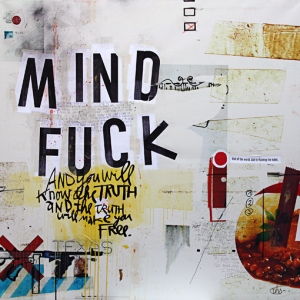 Now that I’ve been away from Mack for several months, I see that I’d been severely mindfucked. Mack would tell me that no other man would love me like he does. No other man would appreciate my body the way he does. (Like many women, I have body image issues, of which Mack was acutely aware, and which he used to manipulate me into thinking I should stay with him because I’d never find another man accepting of my body like he was.) No one else could put up with my “quirks.” After all, I’d always lived alone and so I didn’t know how to live with a man. But he was okay with that. He would work with me. He’d save me from my pathetic life of solitude, to which I was doomed if I left him. When he proposed to me, he said, “Now you don’t have to be alone any more.” This was it. My last chance. He’d even written a song about it, featuring these lyrics: This is our last chance for love. Message received. I’d better keep hold of Mack. Because no other man would put up with me, and my body, and my quirks.

Yes, I’d been mindfucked. And hard. It was a virtual pounding. (Which is ironic seeing he suffered from a severe case of erectile dysfunction.) 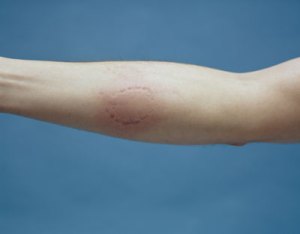 I understand now that strong chemistry, or a strong sexual attraction (particularly with someone we can hardly imagine ourselves pairing with), is that primitive need to recreate our unhealthy and dysfunctional childhoods. Strong chemistry often means only that their teeth fit our wounds.

Mack’s teeth fit my wounds. Our chemistry was the worst kind of chemistry. Perhaps next time, I will date an entirely different kind of man: a nice, seemingly boring guy. The kind of guy who in the past, I’ve given short shrift. Yes, nice guys are looking mighty attractive these days. I’ve even begun to feel physically attracted to them. Odd the unintended aftereffects of dating an abusive asshole. Perhaps it wasn’t all for naught, after all.