Yesterday I hit Day 120 of booze-free living. Things are beginning to gel. I’m beginning to see the not drinking as part of a bigger picture. Part of the overall goal that I have for my life now that I’m well under way in my sixth decade on this planet. (Which means I’m in my 50s, not 60s, just so there’s no confusion.)

What is my overall goal, you ask? Freedom. 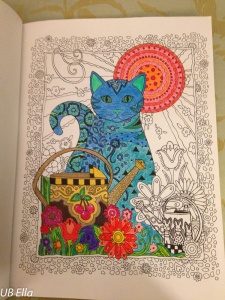 To be free means freedom from BigLaw. Freedom from the daily grind. Freedom from chowing down on my daily dose of cockroaches. Freedom to hike, and write, and read. Freedom to get up early and take afternoon naps. Freedom to color in my coloring book, and maybe eventually learn how to draw with my 150 colored pencils without using someone else’s lines.

This craving for freedom began in the aftermath of the death trifecta and has increased steadily since. In the past eighteen months, here’s what I’ve done to whittle down my spending and increase the value of my retirement account:

The “stopped buying stupid shit” category includes my most recent cost-cutting measure: I’ve stopped coloring my hair. That’s right ladies, I’m going gray. According to my Mint app, in 17 months I spent over $1700 at the fancypants hair salon. Having not had my hair colored or cut since December, I decided I had to do something. On Friday, after making inquiries of my frugal friends, I made an appointment at the antithesis of a fancypants salon.

The “salon” was in a sketchy part of town on the second floor of a strip center above a Mexican food-mart. The walls were plastered with peeling posters of men with “fade” haircuts. (Before Friday, I was unfamiliar with the term.) When I arrived, two gentlemen were in the process of getting their fade cuts. No women, other than the stylists, were present. I was not daunted. I asked the stylist to chop off about four inches, leaving my hair at shoulder length. She did as I asked, my back to the mirror as she blew my hair dry. When she turned the chair around, I beheld my sassy new hairdo reflected in the mirror. I must admit I was a bit relieved. The stylist charged me $25 for the shampoo, cut, and blow-dry. I also learned a couple of new Spanish words in the process. I felt $25 was highway robbery (and I was the robber), so I added a $10 tip. At a sixth of the cost of the fancypants salon (granted, color was included at fancypants), my hair looks fabulous.

Also included in the “stopped buying stupid shit” category, the (by far) biggest and stupidest item is booze. Do you realize that if you spend $300 a month on booze (not too hard to do with a few nice bottles of wine a week at home and booze with dinner out a couple of times a month) instead of investing that $300 at 7% annual ROI, in forty years (with the magic of compounding) you’ve blown $767,000?

Over three quarters of a million dollars. Literally pissed away.

Now that I’m no longer buying stupid shit and pissing money away, I’m well on track to living, and learning to color, without lines.