The most frequent searches leading people to my blog involve pedophiles and depression medication. It amazes me how many people out there are married to, or know, a pedophile. But I will save that post for another day. Today, it’s about the medication.

I have been on Wellubtrin 300 mg and Deplin 15 mg since late December. The only side effect I’ve noticed from that combo is constipation. I’ve been on Wellbutrin before, and did  not suffer from constipation. This time, it’s different. First, I tried switching from generic to brand. No improvement. Then I did a web search. My new theory is that because the Deplin is helping the Wellbutrin work better, it’s also making me constipated. The only way I’ve been able to get relief is to do a daily dose of Miralax. Since I’m feeling better on the Wellbutrin, I’ll live with it. For now.

Next up: Abilify. That stuff is awful. At least it was for me. When I’d exercise, I’d get overheated way too easily. I’d get a half mile from home and have to stand in the shade for five minutes before I could go on. And that was back when it was only in the 80s. The last thing I need is something making it difficult to exercise. So I knew it had to go. But even worse, it made my hair fall out. It was falling out by the handful. I avoided washing my hair because I couldn’t stand to see all the hair in my hands and the tub. My hairline receded around my temples. It totally freaked me out. 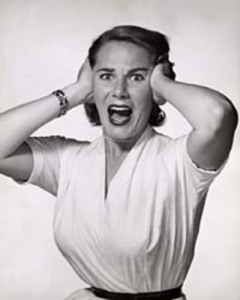 I was doing the comb-over so I didn’t have to see it. Ponytails were out. Yes, that crap had to go. I stopped it cold turkey without telling my doctor. Actually, I called to tell him on a Friday, and was too flipped out to wait for the return call on Monday. So I went cold turkey over the weekend. I was on a fairly low dose, so I figured I’d risk it. It was fine. (Disclaimer: I’m not advocating this for everyone. Don’t stop your meds without discussing it with your doctor!) Now that I’ve been off of it for a while, my hair has stopped falling out and there’s new growth filling in around my temples. So, it appears totally reversible. Hallelujah.

Next, he put me on Viibryd. http://wp.me/p1jL9y-gF We started slowly, and he eased me up to 30 mg. I was fine right there, but apparently the recommended dose is 40 mg, so he stepped me up again. That’s when the shit hit the fan. Every time I was even slightly exerted, I was dripping in sweat. Like I’d run a 10k in a sauna. My personal trainer thought I was going to keel over in the middle of a workout. The woman was seriously worried. In addition, whenever I exercised, be it yoga, strength training, or walking, I’d feel like I was going to vomit for hours afterward. So, I called the doctor. He told me the side effects likely would go away if I’d stick with it. I told him I wasn’t willing to do that, and he switched me back to 30 mg.

All was good in the world again. Until one night last week when I forgot to take my evening dose of Viibryd. That was a night of some seriously messed up dreams. All night long. In one of the more memorable dreams, which seemed to go on for hours, Mack had gone batshit crazy and had decided he was going to kill me. He was stalking me with a gun. I was hiding behind people who didn’t much appreciate that. I knew he would only shoot me and no one else, so they were safe. But they were having none of it, and so I kept finding myself without cover. And there was Mack with his big gun, laughing maniacally and taking aim. Eventually the snipers were called in, intent on shooting him before he shot me. For some reason, they couldn’t get the shot. Mack eventually escaped. With my help. How fucked up is that? I helped my killer evade the police. Now that’s some serious enabling.

I’m pretty sure this dream was prompted by these faces all over the news of late: 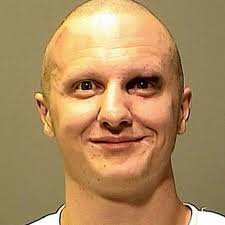 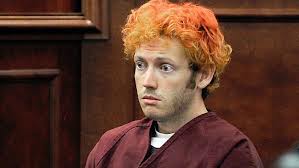 Yeah, I won’t be forgetting to take the Viibryd again any time soon.